How to create Digital Signage Roles for Ditto users

Note that digital signage roles differ from primary system roles (Admin and User). Admin and User roles have full access to all rooms, receivers, and signage.

Click here for more information about the Admin and User system roles within the Ditto Account Portal.

Step 1: Click the user icon in the top right corner of the dashboard and select Signage Roles

Step 4: Select Manage Rooms and add your desired Ditto room(s) to assign to the new Role, then select Create Role 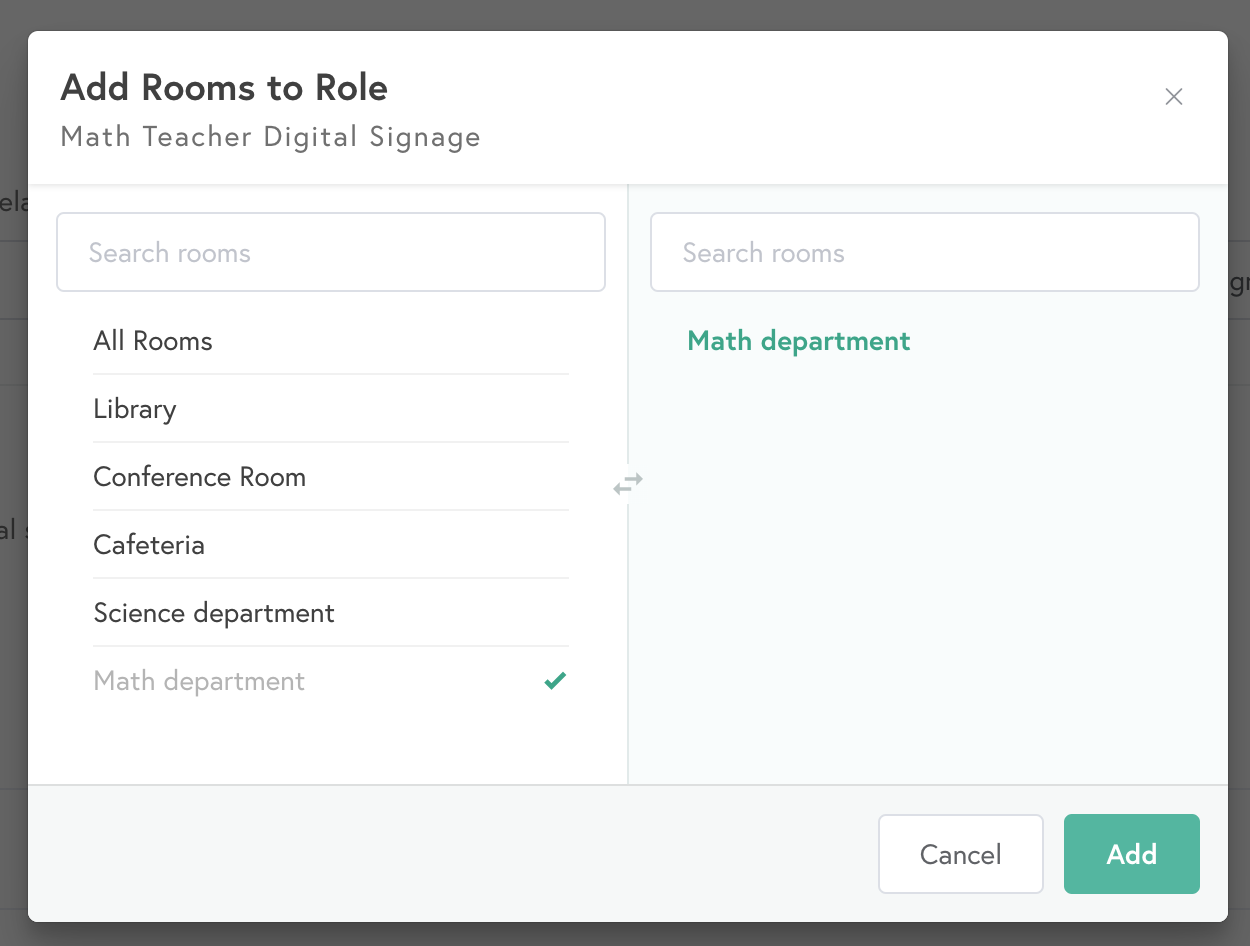 Step 6: Select one or more users to be assigned to this role and click Add 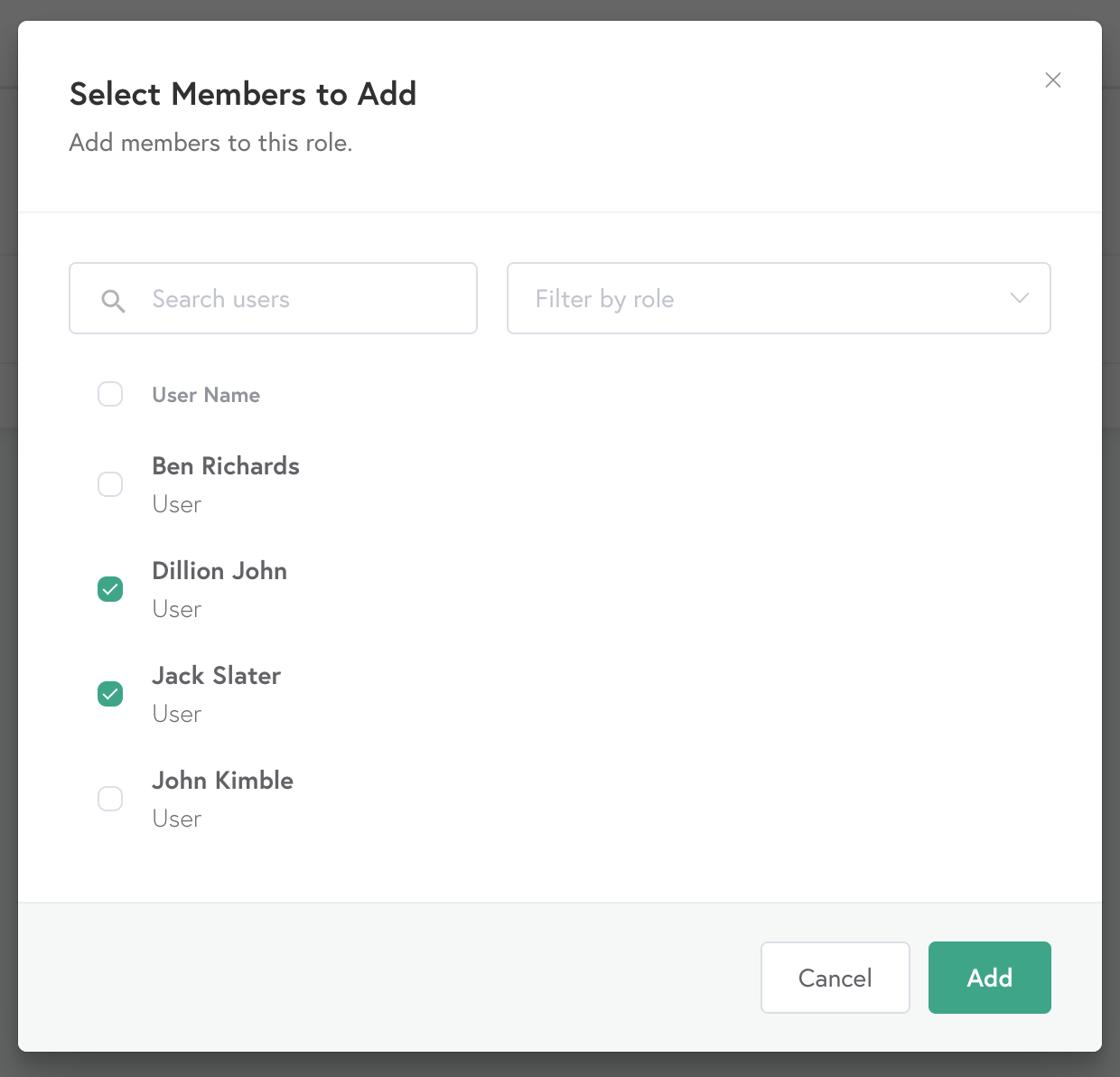 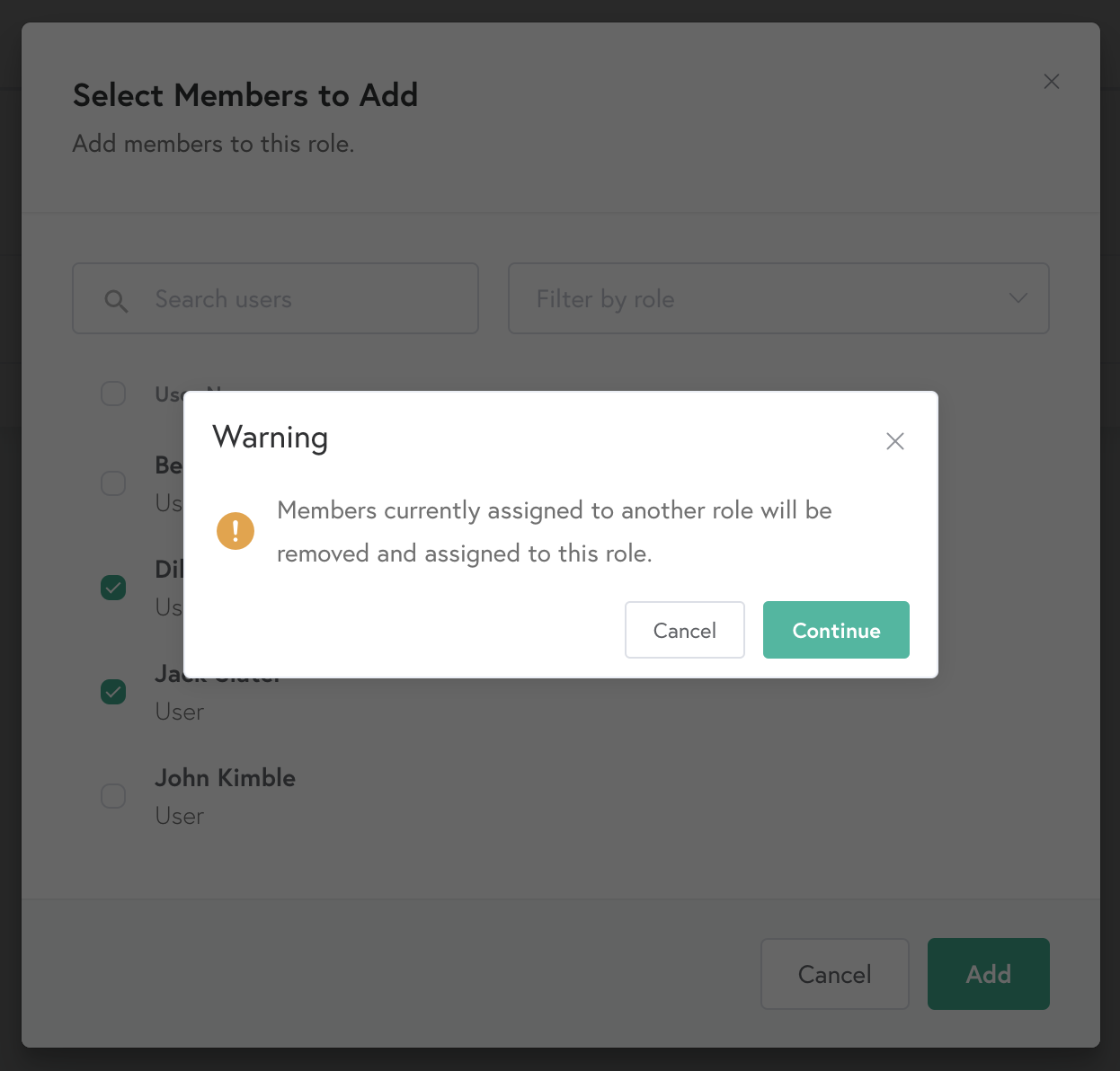 Did this answer your question? Thanks for the feedback There was a problem submitting your feedback. Please try again later.