What Happens When I Add "All Rooms" to a Digital Signage Role?

If the Admin selects "All Rooms" when creating a digital signage role, the team members assigned to that role will have the ability to manage all the signage lists for all the rooms in your organization. 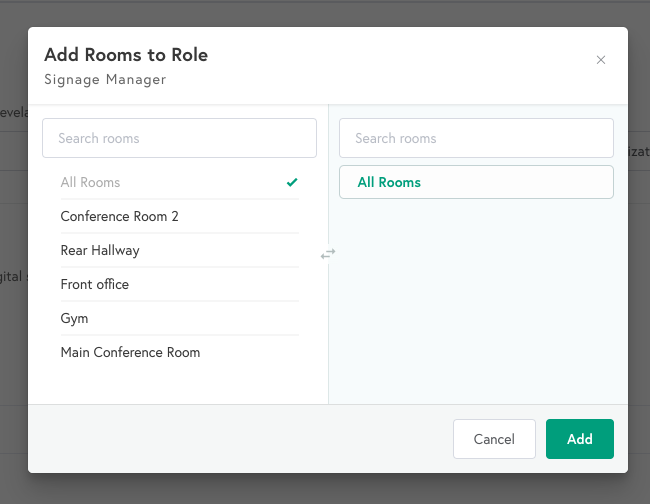 Once this role is created and team members are added to the role, all the signage lists and rooms for the entire organization will become available to the users assigned to this role. They will be able to control all aspects of your organization's digital signage.

All individuals assigned to a digital signage role will still only be able to access the dashboard and digital signage section of the Ditto Account Portal. They cannot access or change any other account settings.

Dashboard view of a user account assigned to a signage role

Did this answer your question? Thanks for the feedback There was a problem submitting your feedback. Please try again later.